The most common fault on passing technique is the player heavily swings the ball with arms.

A served ball approaches fast; therefore the player should never swing at the ball – it is enough just to place arms under the ball to direct the platform toward the target.

Plenty of attention should be paid on arms to avoid swinging. If a player needs to put extra power behind her bump pass, it could be done by a very light push with legs, body and arms – still by keeping the arms almost steady – just by directing the ball with arms.

It helps coaches to teach correct passing skills when receiving the serve or toss over the net as soon as possible.

When serve receiving at the net, it helps players to realize the ball travels quite fast, so there is no need to swing with arms or push the ball heavily with legs.

The coach introduces the skill and makes sure a player does the technique correctly without the ball.

On this progression, the coach takes a ball into play and tosses it to the player.

This progression with a footwork need a little bit more practice and could be repeated in several practices. Again, it is recommended to perform passing with footwork at the net as soon as possible.

As soon as the coach feels the players are ready they can move to perform the same on the net. 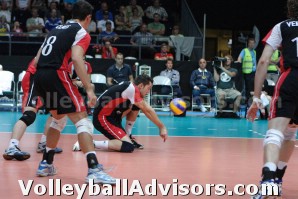 When doing passing drills on the net, the coach needs to add a target to a passer by the net.

When serving same principles apply, start close to the net maybe around 20 feet off the net. 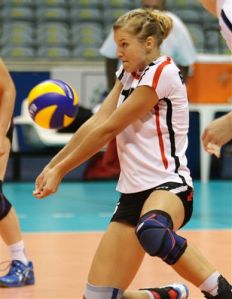 When players are able to perform passing on the high accurate level, the coach can consider moving on combining it with other skills (for example set and spike).

Volleyball Passing Drills – How to Organize the Drill? 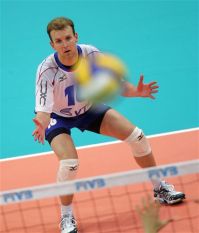 Important Tips to the Coach!

For more volleyball news and products, visit King of the Beach website!